A Drawing for the New York Times Opinion Page 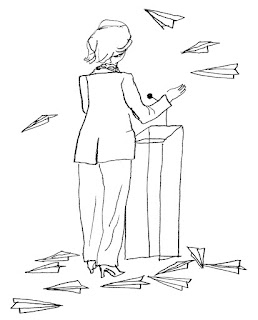 The Times editorial was about how Hillary runs against an unconventional candidate like Trump in swing states like North Carolina where the outsider candidate has a certain appeal. I tried to think what Trump reminded me of. A lot of personality types came to mind but the one that stuck was the junior high malcontent, the bully, the kid in the back of the classroom who shows his contempt for school by disrupting everything. Trump is the kid throwing paper airplanes when someone else is trying to speak. 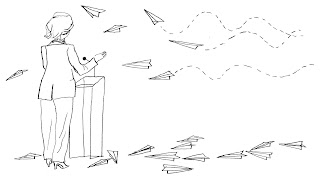 The Times needs an image to work both as a vertical and a horizontal for its print and online editions.

The first drawing I did showed Hillary from the side. Because the Times avoids likeness (and satirical caricature) I drew her hair and her outfit, which instantly identify her. In this version I shifted the Hillary figure into a gray tone. 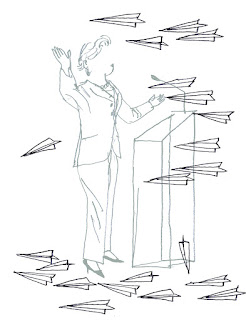