Orientation, a book of stories

Here is the paperback cover of ORIENTATION, an intriguing book of stories by Dan Orozco. I did the lettering right down to the Faber colophon. Art directed by the wonderful Charlotte Strick. It was Charlotte's idea to throw a bright yellow behind these faces. Now the book practically jumps off the shelf. Brilliant. 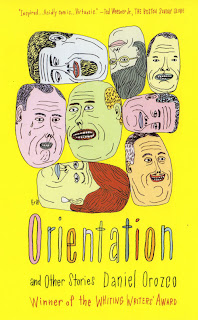 Yesterday was our anniversary. I painted this bouquet, but also walked to the corner to buy her a real one. There is something endlessly intriguing about flowers, how they unfold and overlap. 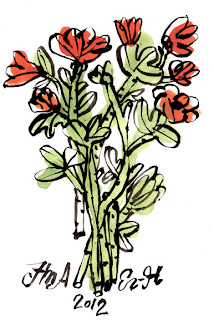 I got a call from Alexandra Zsigmond yesterday. She art directs the New York Times op-ed page, and wanted me to do a drawing for the letters column. David Brooks had written about the Republican alternative to Obama's Affordable Care Act, which had just been upheld by the Supreme Court, and people had written responses to the column. It's hard to do a drawing of nothing, but I had the idea of drawing an elephant holding an empty box. I put a red cross on it to indicate it was a first aid kit, an apt enough analogy. 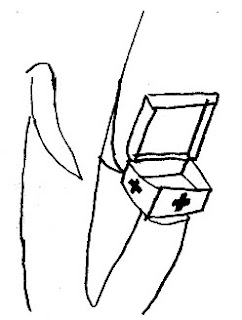 To make the elephant look more "congressional" I also put him in a suit. The editors at the Times like to steer away from the hackneyed symbols when they can––the elephants and donkeys and Uncle Sams––so I also drew a senatorial-looking figure holding an empty box. To emphasize the emptiness of the box, I added a moth. 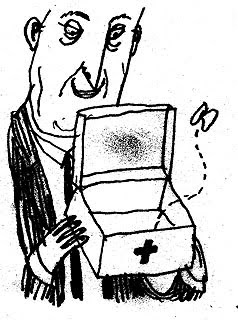 Word came back that they preferred the non-elephantine drawing and wanted it without the moth, which looked too much like a butterfly to them. They also thought it would be better to have the first aid kit covering more of the man's face, to make it more about the box. Adjustments made, drawing rescanned and sent, and this is the one that ran in the New York Times this morning. I like how it turned out. 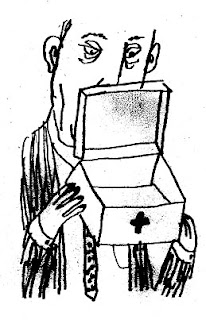 While we're on the subject of elephants, I sometimes wonder if there aren't millions of Americans who vote Republican not because they like their policies but because they like elephants and perhaps hold a negative opinion of donkeys. I wouldn't be surprised.
Posted by Er-H at 11:33 AM 2 comments: